Bite-Size Online Courses for YOU to Enjoy

Racing to the finish line 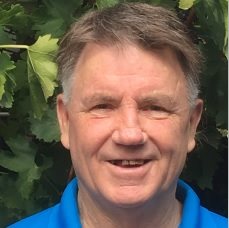 Just over two weeks to go before my SIAWordPlay short course will be online as part of the Tapas For Life launch. https://tapasforlife.teachable.com/p/siawordplay

My Sales Page went through five drafts before finally being accepted. I have to take my hat off to all the business people who have a clear vision and manifest their dream.

I was asked to create a one-liner which I have used at the start of my Sales Page. As you will see, “a one-liner” has three sentences, it took me a couple of meetings and two to three days to come up with:

Most people facing a challenging problem give up on the verge of a breakthrough.

SIAWordPlay is a self-discovering word morphing and word associating process, based on two premises: (1) Everything is connected and (2) Within the words of every question or problem, lie its answer or solution.

SIAWordPlay fosters your whole-brain thinking, heightens your intuition, expands your consciousness and never fails to provide you with certainty and clarity.

Yesterday, I worked on my ‘bio’ which bounced. So, in the spirit of “Do it now,” I excused myself early from our Tapas group’s 5:30 am webinar from Belgium and created a second draft, which I submitted as “Grant’s revamped bio.” Thankfully, that too has been accepted.

It looks like I have the trifecta all sown up, as I think I heard in this morning’s webinar that my photo needs tweaking.

Things to get done…

3. Write out a script for the SIAWordPlay Course video

4. Write out a script and create an introductory video for the Sales Page

5. Submit the course modules for inclusion on the Sales page

6. Determine what PDFs can be created as part of the course

8. Unknown – there’s something more we need to do

So, it’s “head down and bum up.” I can’t find this idiom, clearly explained on the net. It basically means that I need to focus on a single task and just do it. And then, move on and do the same to the next task. One step at a time… but be a terrier!

Bull terriers have a reputation for calming, lock-jaw or just holding on.

There is no physical locking mechanism in the jaws of a pit bull, their jaw physiology is no different from any other breed. What is different about pit bulls is their psychology, which is why you can not train even the most biddable dogs like border collies or the easy peasy lab to hang on a rope. The jaws of a pit bull do not technically lock but pit bulls often grab hold of their target and refuse to let go – sometimes even after they have expired. They are hard-wired for this behavior.

The gripping reputation of the bulldog is as old as the bulldog. President Abraham Lincoln used the bulldog’s tenacious grip to describe General Grant, “The greatest thing about him is cool persistency of purpose. He has the grip of a bulldog; when he once gets his teeth in, nothing can shake him off.”

Ralph Waldo Emerson ” ‘T is the bull-dog bite; you must cut off the head to loosen the teeth. ” Jack London described the bulldog grip in White Fang as the “clinging death”. And Oliver Wendell Holmes referenced the unique bulldog bite style in a poem.

Stick to your aim; the mongrel’s hold will slip,
But only crowbars loose the bull-dog’s grip;
Small though he looks, the jaw that never yields
Drags down the bellowing monarch of the fields!

In the next two weeks I will employ Bruce Lee’s wisdom, who said,

“The successful warrior is the average man,
with laser-like focus.”


These courses allow you, with little investment in time and money, to learn a new skill, enjoy a fancy additional hobby or start to change some aspects of your life.

So, are you open and curious?

Do you want or need to improve your physical, mental, emotional or financial well-being?

Or do you just want to have fun and learn something new?

Whatever reason you may have, check out the site, you might find what you are looking for.